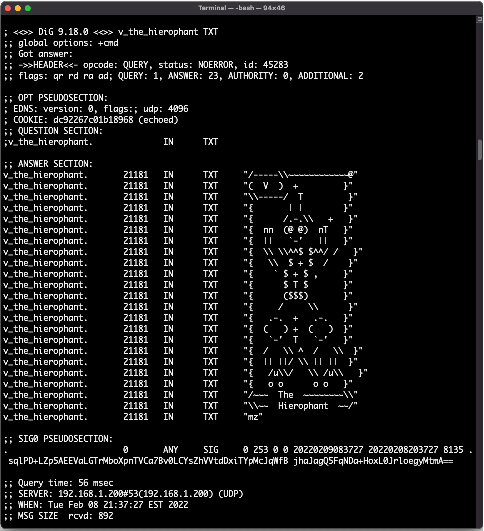 The Hierophant is a religious leader and gets his power from the faith of his followers. This card depicts two faithful servants of the clan, kneeling before the preaching demagogue. He is adorned with the symbols of their beliefs. His deep blue eyes symbolize his emotional depth. He is a compassionate figure, even though he is strict in his philosophy. To his followers, he is a bridge to a higher plane of existence. His people come to him in times of need. In this image he may be resolving a dispute or wedding two lovers. His knowledge and wisdom empower his authority, but it is the people who agree to his law. It should be no surprise that the fifth arcanum has so much in common with the fifteenth arcanum, xv_the_devil. Both are powerful entities presiding over two servants.