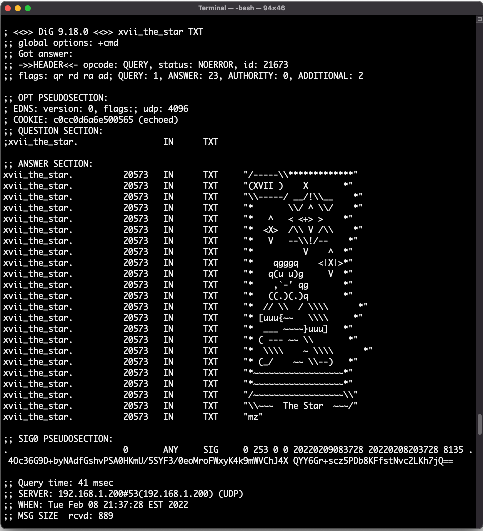 A naked woman kneels by a stream under the glittering night sky. Her toe casually drags into the water as she pours her own water from two goblets into the stream. Above her, several stars shine with their guiding light. The Star in this image is not in the sky, but is the woman herself. She represents action. She is influencing the world, changing it. She brings something of her own to an infinite flow and literally pours herself into it. The Star is linked by ten to vii_the_chariot, the other arcanum of action. The starlight from the heavens is her guide, and she kneels precisely where she is supposed to be, her place, her time, her voice into the wind.